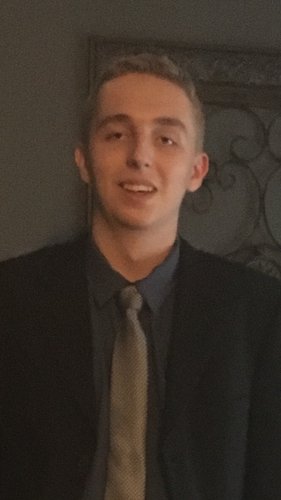 Derek Matthew Pitts was born on September 22, 2000. He is the son of Kevin and Kathy Pitts. Derek has two sisters, Brittany and Jennifer Pitts.

Derek has attended Temple Christian School for three years. He has participated in choir during his time at Temple. Derek says his favorite part of high school has been the class parties.

Derek plans to work for Honda after graduating high school. When asked about his aspirations, Derek says he would like to go skydiving. If he could spend a day with any famous person, Derek says he would choose George Washington, because he thinks it would be interesting to talk about modern military technology compared to the old-fashioned technology of the time. Derek advises the underclassmen to “Do your best at everything you do.” He says that the life long friendships he has made at Temple have affected his life the most.

Congrats, and best of luck wherever God takes you, Derek!